Some robots from the club

A couple of models by Homer(Dale) written up. 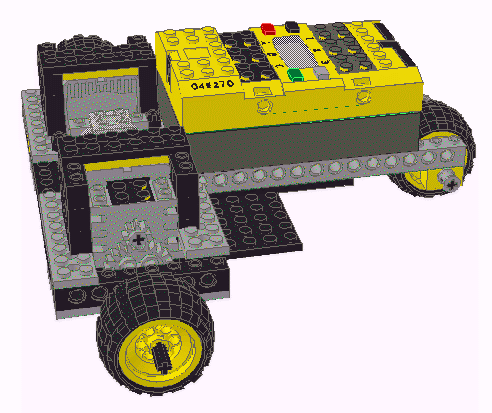 This was the result of the first time I challenged a team headed up by Dale to build a robot with dual motor control and go over a course. Danny and Dale both took turns in driving it. It was a fairly wide vehicle, and somewhat quirky. The front middle wheel tended to drag on the floor when the robot turned. Built on the 25th September - using a remote I had designed for the RCX using four touch sensors - two RCX sensors, and two from the Cybermaster. It had a habit of breaking at the plates upon which each of the side wheels was attached. 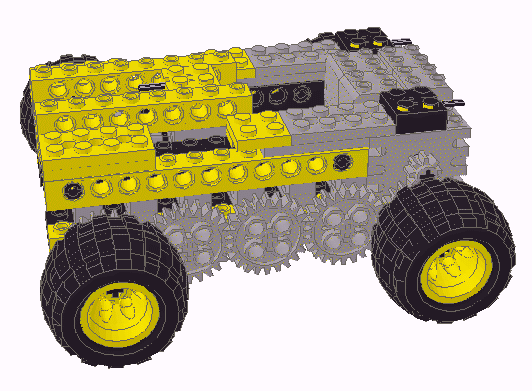 This was another much later effort - which was not only quite easy to manoeuvre, but very compact and demonstrated a much more mature building style. Being a 4 wheel drive, it had great traction, and saw off a team headed by Gabriel in a pushing power contest - this one actually managed to push a tub of 80 CD’s across the finish line. While it is not clear from the LDraw diagram - the inner cavity housed a micro-motor, and the space shuttle fibre-optic piece - which gave this a fantastic style aspect as well. I have left out the RCX for clarity.