With an imminent move planned, a number of old Lego builds needed to be taken apart, so I got photos of them all.

I made a simple pneumatically operated Lego gripper.

The gripper used a single mini double acting cylinder and angled beam parts. I used 8t gears for some actual grip at the fingertips, although the design works better with a scooping action. 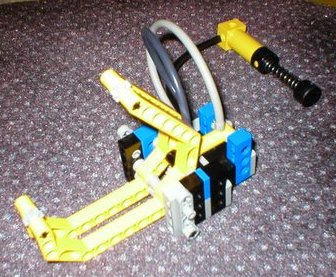 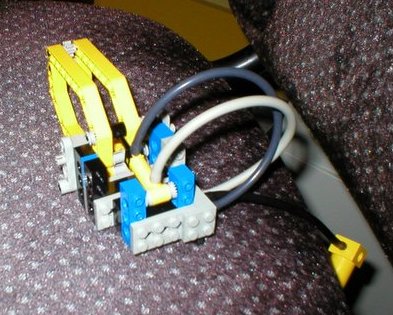 It is controlled (for demonstration purposes) by a single Lego valve and basic pump. Perhaps the gripper would be better if they were separated by longer pneumatic pipes, otherwise the mechanism looks bulkier.

I did a study using a geared down motor with a clutch gear, and a light sensor to make a head. The idea was that the rear liftarm would stop it going outside a preset range, and a program would scan periodically side-to-side, and attempt to judge which area was brightest. 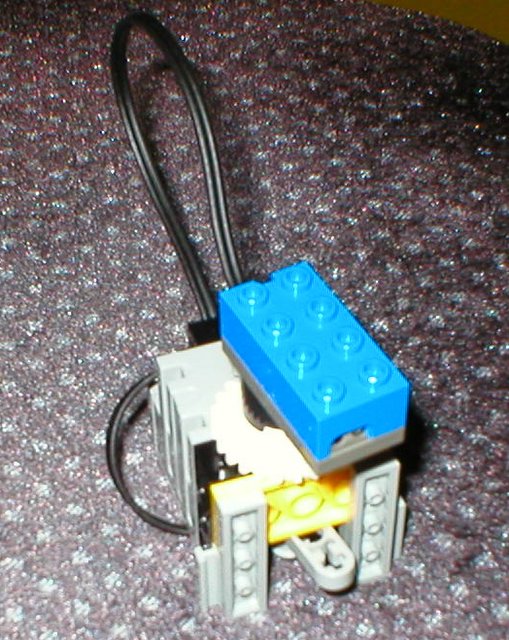