Last night I took apart the controller - and took lots of photos.

In terms of basic parts - there is a power/spindle board, the switches, the spindle speed variable resistor, a big power transformer (10cm+ toroidal thing), and then the stepper controller board.

Looking at the power board 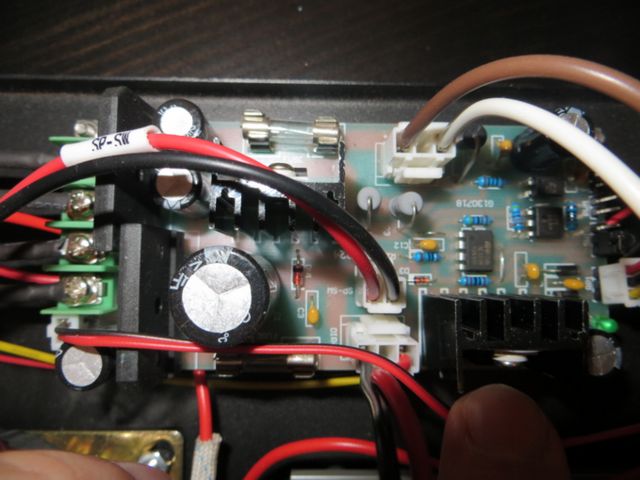 First here you see on the left the basic power input - with 2 fuses - not sure yet why. There is also a fuse at the inlet socket for the box, and a fuse in the plug. This thing is pretty well protected. There are two heatsink devices. One is a 12v regulator (7812) going to the stepper board, and the other a FET (an IRF740) controlling the spindle. The cable labelled SP-SW is the spindle switch.

There is a small cluster of DIP ICs on the board: 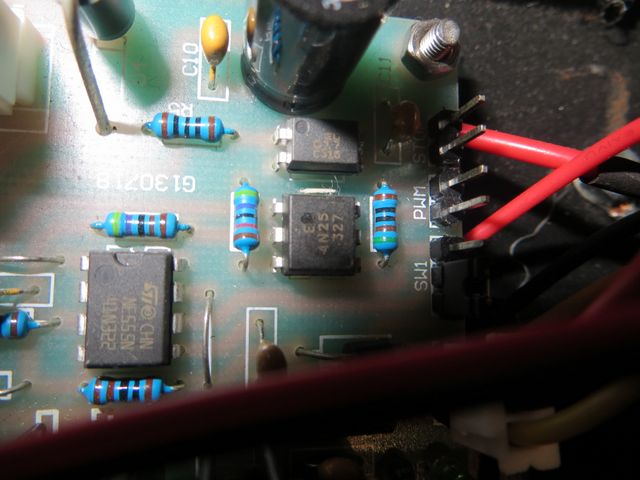 Next the stepper board 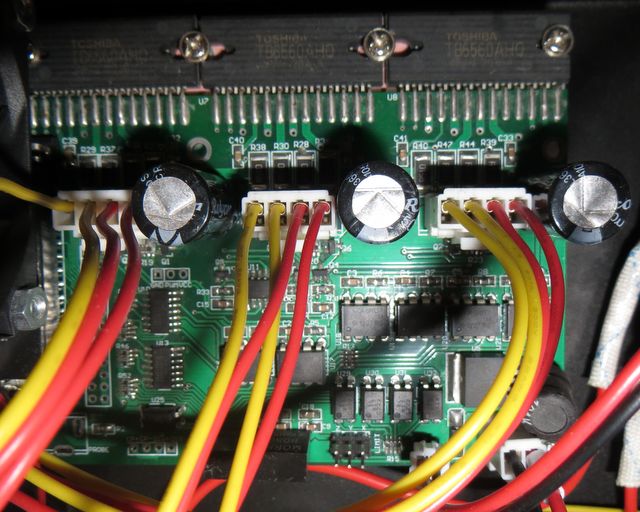 Immediately obvious in this image are the 3 stepper controllers - Toshiba TB6560AHQ. This whole board is resting upon a big heatsink attached to these.

Close to these are big electrolytic caps - presumably to decouple motor noise from logic, and flyback diodes.

There are 2 Dc/Dc converters - presumably one for the logic components, and one for the stepper power. The big MORNSUN B0505LS-1W is 5v, and the other converter is the 1501-50.

There are then blocks of the 6n137 Opto-couplers - 6 of these. Perhaps this is 2 per stepper channel? Each is capable of 1 logic line - perhaps bringing pulse and direction to the stepper controllers.

These look to be driven from some 74hc14d schmitt trigger buffers - which bring the logic from the parallel input to the Opto-couplers.

There are some small Opto-couplers going in the other direction - these are maybe for limit switches and the emergency stop signals.

See the rest of the teardown shots