Learn Robotics Programming On The Raspberry Pi 3a+

My Learn Robotics Programming book was written around the Raspberry Pi 3b+, however it did note that other Pis would work.

Since the publishing of the first edition of Learn Robotics Programming, the Raspberry Pi 3a+ board has been released. 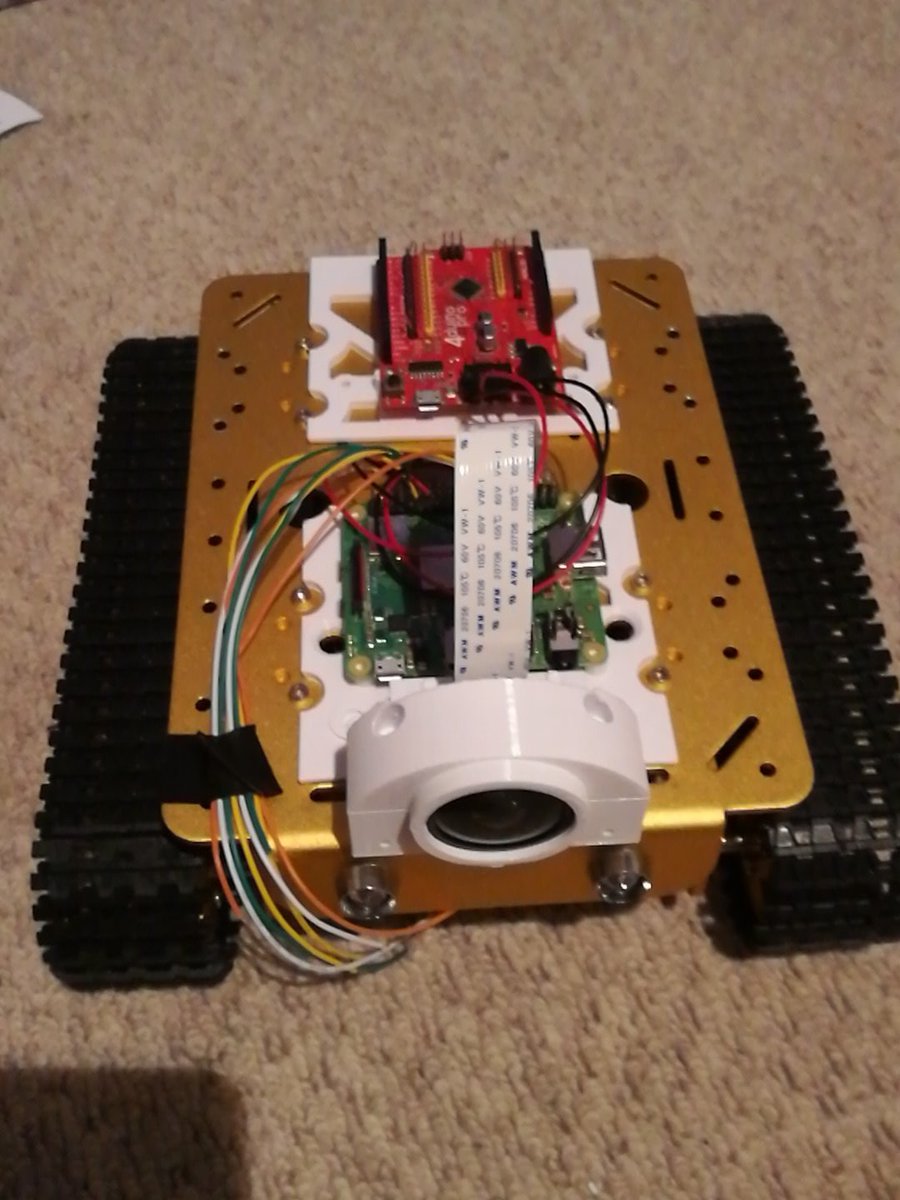 I am basing my Piwars 2019 robot build around the 3a+, as it is not only cheaper than the 3b+, but it has a smaller form factor with a lot of the ports removed. This saves a load of space, which in a robot build tends to be vital.

The 3a+ also has a lower current consumption than the 3b+, as shown by Raspi TV - How much Power Does The Raspberry Pi 3a+ Use. This should mean a bit more play time from the batteries, or smaller batteries. Perhaps not as small as a Pi Zero, but still a good saving in space.

The 3a+ also doesn’t have those tricky PoE (power over ethernet) headers. These were introduced on the 3b+, but caused a few issues with hats and PHats, needing longer standoffs or insulating tape. The 3a+ therefore remains simpler.

The lower power is coupled with the better thermal management in the 3+ series, which makes the use a heatsink optional. Heatsinks make it trickier to use hats, so making them optional helps in space.

The 3a+ has less RAM, however none of the Python robot code from Learn Robotics Programming, even the OpenCV visual processing, needs that much RAM for this to be a problem.

The only catch so far, is for the MyCroft Voice Control section. In the book, this uses a second Pi. Currently the PiCroft distribution has worked, but may not yet be officially supported on the 3a+. Given that this is a secondary controller, and not on the robot, the Raspberry Pi 3b+ is still the most suitable board for the MyCroft assistant.

The Raspberry Pi 3a+ is definitely my new recommendation for building a robot, and suitable for all the examples in Learn Robotics Programming. So if you are just starting out, go ahead, save yourself a bit of money, and make the test fit/build a little easier with a smaller Pi!

Learn Robotics Programming shows you how to build and program a Raspberry Pi based robot with Python in your own time. The book takes you through selecting the parts, assembling them into a robot, and then how to write Python code to make the robot do interesting things. What kind of things? Line following, object avoidance for a start. Or computer vision tasks like following a coloured object and looking at human faces.

The programming sections are step by step, and does not assume more than elementary programming skills (written a few lines of code? Know how to work with if statements and for loops?). This is a great way to get started on a robotics hobby!