My Piwars 2020 robot, Bangers ‘N Bash, is built around a Raspberry Pi 3A+ sporting a Pimoroni Explorer Hat Pro on top. I’ve been building a Nerf turret and attached it to the top of the robot. However, this comes with some electronic considerations.

The Nerf turret has two counter rotating rollers, which compress the dart and fling it through the turret barrel. The motors for these rollers are likely to have quite a high current spike when the dart fires. There are also 3 servo motors, for Pan, tilt, and a shoot motor to push the dart into the rollers. The turret is based on a design from little french kev, but with some modifications to stuff it onto a robot.

In the course of designing this, I made a Kicad part for the Explorer Hat Pro. The picture below shows the part in use. 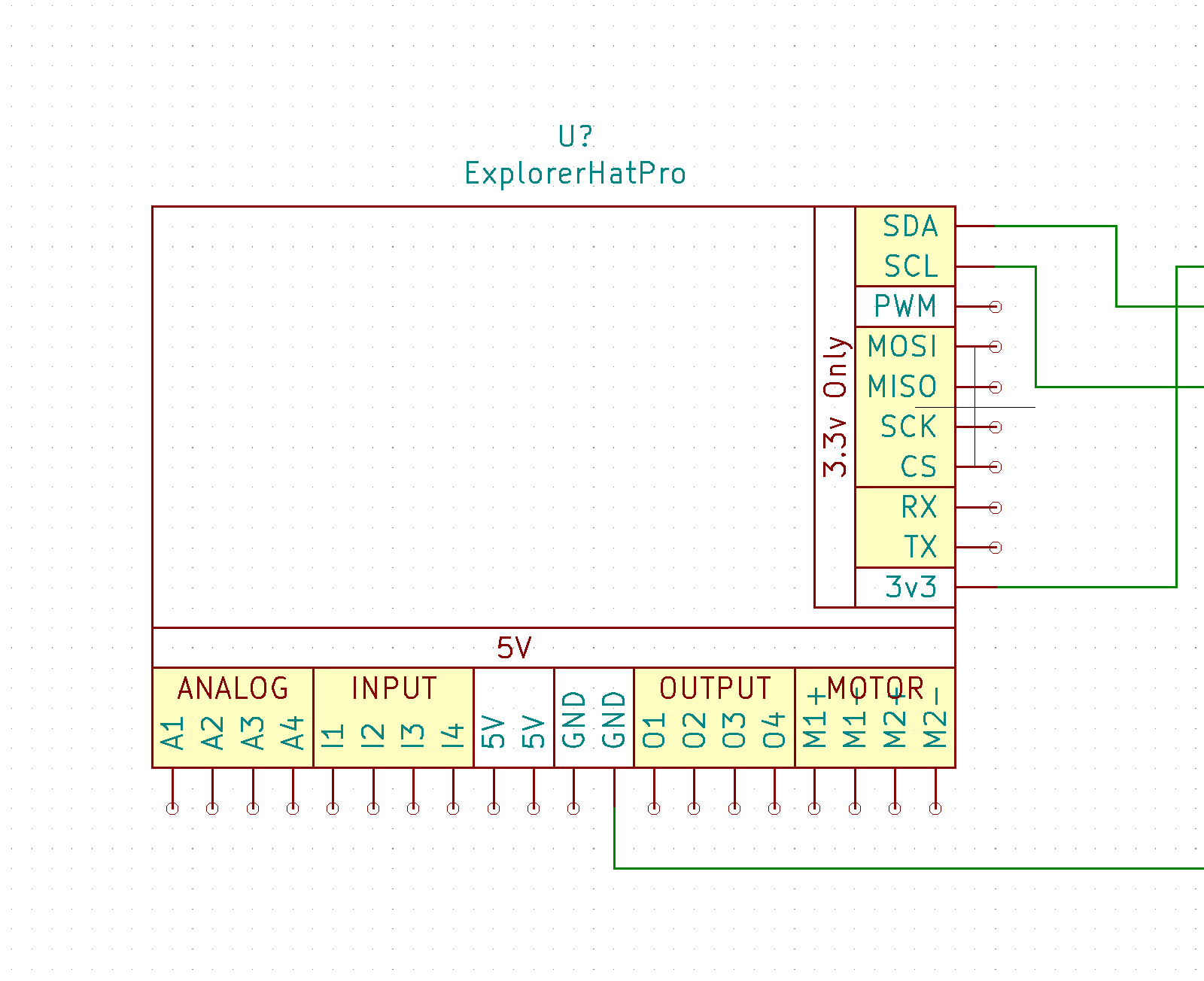 I’m still gaining Kicad skills, so I expect the part not to be perfect, however I think it would be useful to other people building stuff with the Explorer Hat. 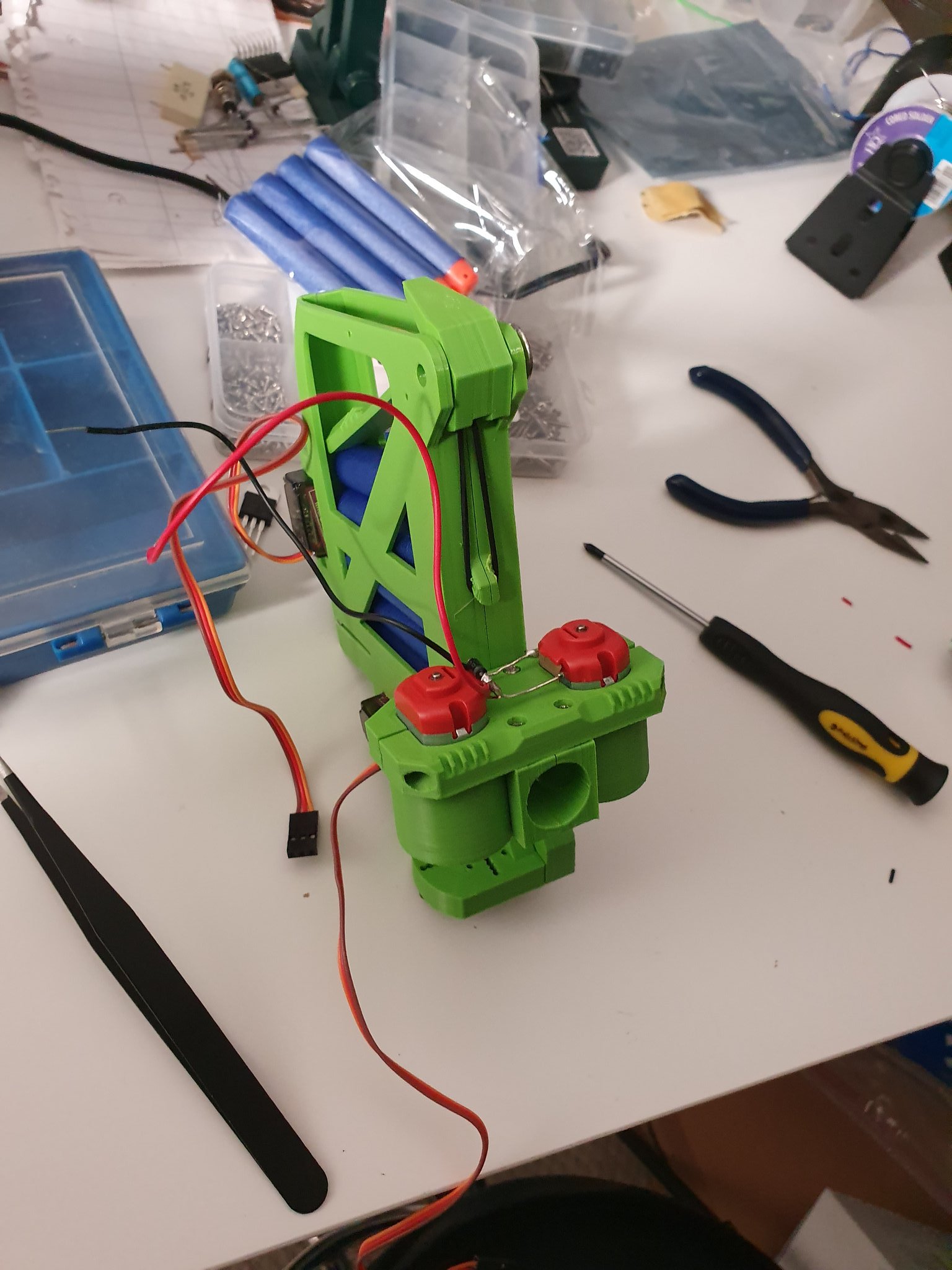 Hello @pimoroni not sure where the intersection of #Kicad and ExplorerHatPro users is, but how useful is this part? I made it while making a wiring diagram for my #piwars robot (yes, I know it's March already...) pic.twitter.com/7dE9xk8QFI