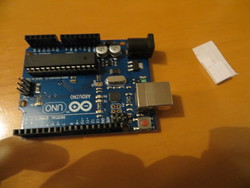 Turn it upside down, stick on the pads, and remove the backing 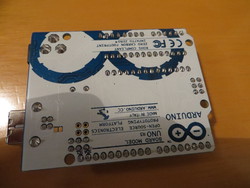 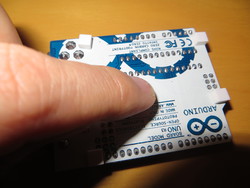 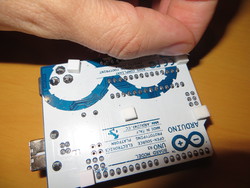 And stick it down on the top deck 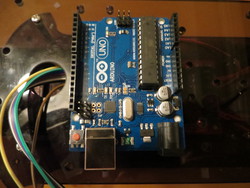 Step 8 - Wiring up the Arduino

The are 3 groups of connections to make on the Arduino, which should already be grouped from Step 5. The colours make them easy to follow from the bottom to the top. Leave the two pin connector for switching on unconnected. 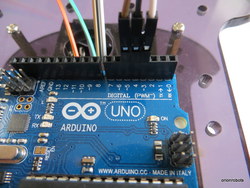 Motor A should be connected to Digital pins 3, 4 and 5. ENA should correspond to pin 3. 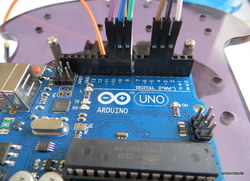 Motor B should be connected to Digital Pins 8, 9 and 10. ENB should correspond to pin 10. 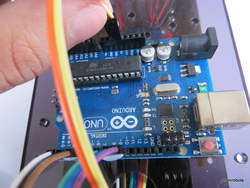 The 5v and Ground pins are located together at the other end of the board. Be sure that 5v from the motor board goes to 5v on the robot. Check this before going to the next step.

Step 9 - Pop in the batteries and plug it in 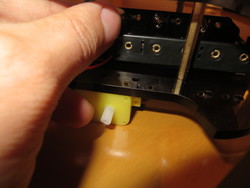 Put six AA batteries in the holder. Be careful to get the right polarity.

Plug in the Robot 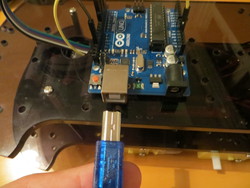 Use the included USB cable. Connect on end to your PC. 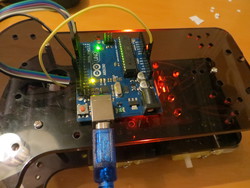 The Robot should light up. There should be a blinking LED on the Arduino.

Step 10 - Running your first program on it 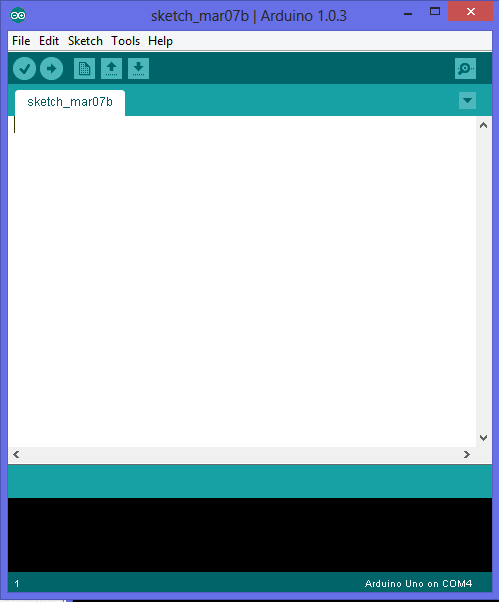 You should see something a bit like this when you’ve completed the above.

Get My Starting Code

The basic code for getting the robot running is on Github. Download the current release. Unzip this. Then open SimpleMotorBot/SimpleMotorBot.ino in the Arduino app. 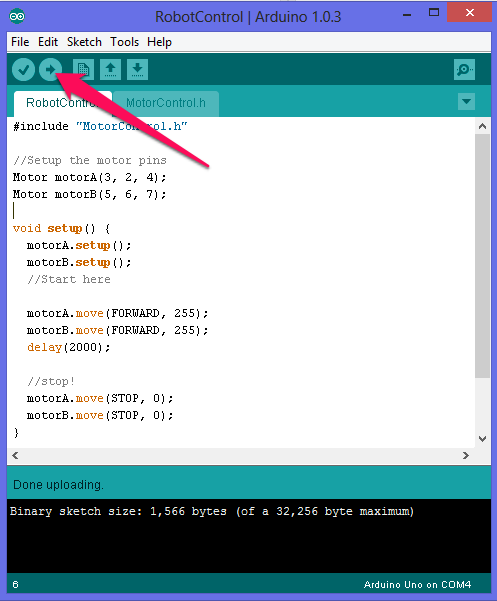 Step 11 - Putting The Wheels On 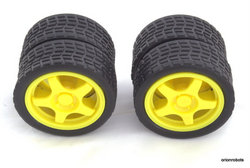 Put the robot on its side.

Push on the first wheel. 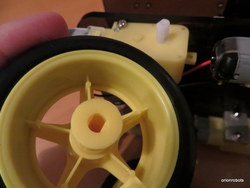 Note the axles on the motor and the hole are circles with two flattened edges. 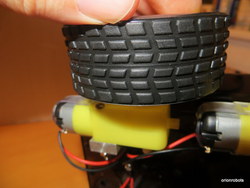 Line it up, and push it on – it takes a pretty good push.

Push on the other wheels 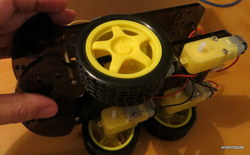 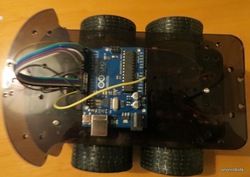 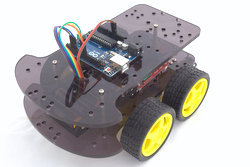 Put the robot on the floor.

Locate the green jumper - and place it over BOTH pins of the on connector. The robot should start to move!

It moves! Where to go from here…

The robot is now ready for you to start playing with the program, or adding sensors. The Getting Started section has more.